THIS WEBSITE HAS BEEN OPTIMISED FOR VIEWING ON PC, LAPTOP OR TABLET.

Alrewas island is owned and operated by the Coltech Foundation to promote outdoor activities for organised groups and clubs to facilitate greater accessiblity of country pursuits to the disabled and disadvantaged.

The island had been totally neglected for over 30 years. In 2021 it was completly restored to how it was back in the 1960s, when it was a hay meadow producing the best hay for miles around due to deposited nutrients from periodic flooding. The hay was cut, baled and loaded on to a dray by hand and pitch fork by Mr Tom Mellor esq of Essington House Farm, assisted by local lads. The load of hay had to be taken back to the farm via the Mill as there was only a dilapidated wooden bridge where the bailey bridge is now, where it then was unloaded by hand into the hay loft, which is now someones bedroom !

The following rennovation works were carried out during 2020 and 2021 with help from the Tarmac Landfill Communities Fund :

Cut back all overgrown nettles, thistles and weeds.

Clean up Mill Stream to near original depth and flow.

Create access paths and rest area across the island for people with impaired mobility.

In 1960 there were only a few willows growing and the Mill Stream was very wide and flowing freely.

In 2019 the willows were overgrown and split and  the Mill Stream was very narrow and had silted up.

Pictures below show overgrown willows obstructing any form of acces to the river banks. Many years of neglect had allowed nettles and weeds to completely take over the grass meadow and river banks.

Hay making 2021 the traditional way with small hay bales, the first hay from the island since 1976. 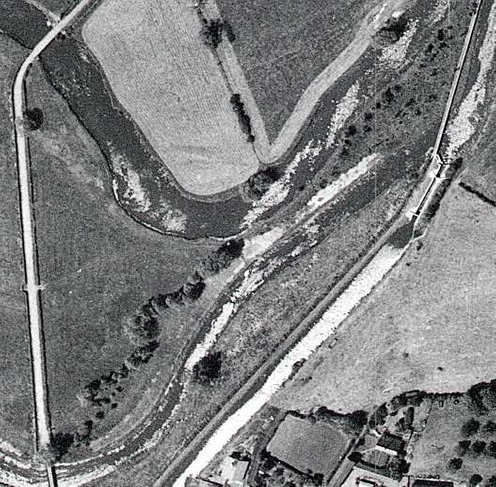 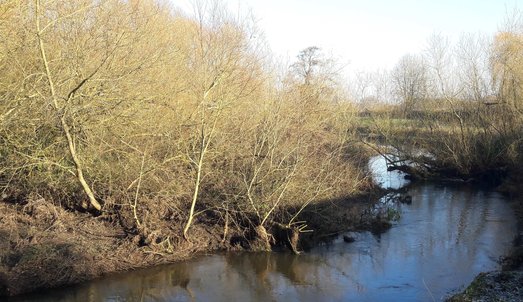 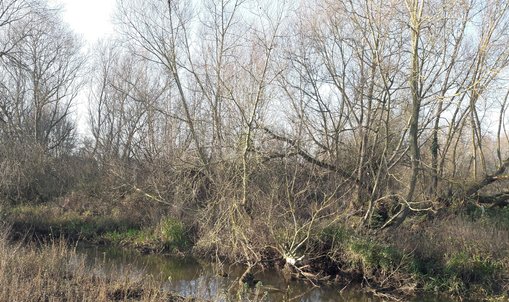 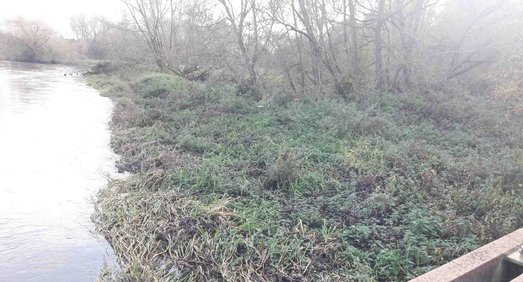 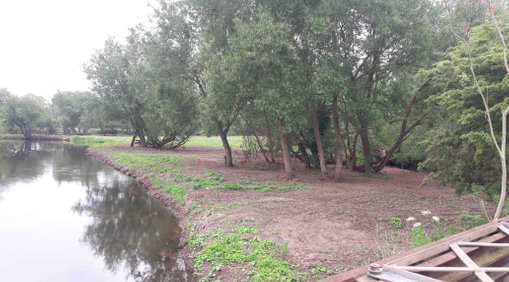 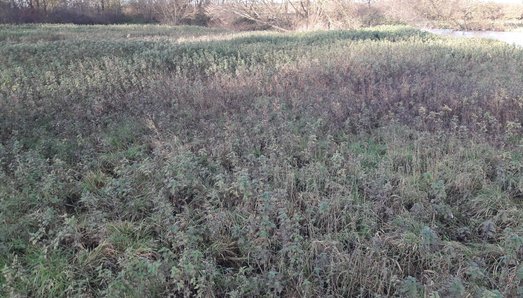 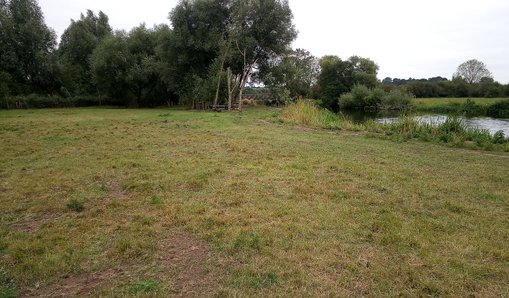 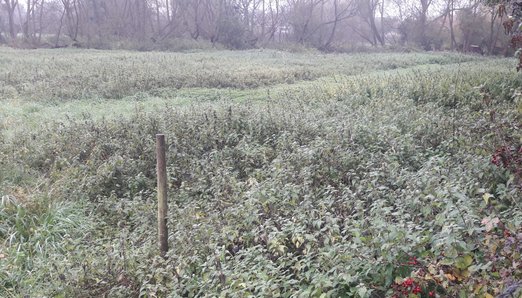 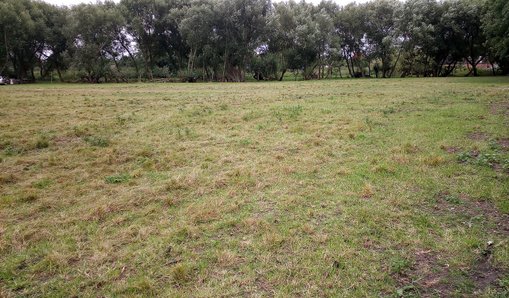 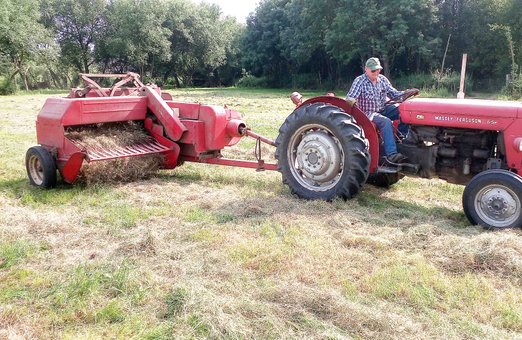 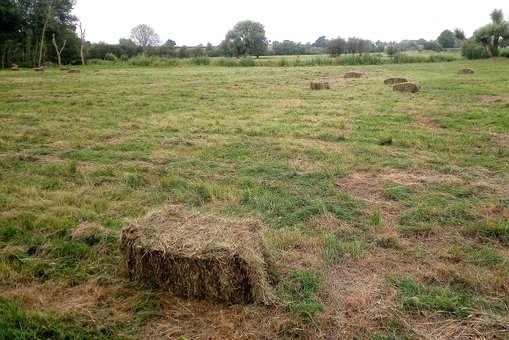